The United States Court of Appeals for the Eleventh Circuit recently ruled that an employer is not precluded from taking an adverse employment action against an employee with disabilities for the purpose of protecting other employees, even if the behavior that caused the risk of safety was related to a disability.

On May 27, 2021, the Eleventh Circuit issued its decision in Jerri Todd v. Fayette County School District, Case No. 19-13821, which was on appeal from the United States District Court for the Northern District of Georgia. The Eleventh Circuit panel consisted of the honorable Judge Robin S. Rosenbaum, Judge Robert Luck, and Judge R. Lanier Anderson III.

Plaintiff-Appellant Jerri Todd (“Ms. Todd”), suffered from major depressive disorder. Ms. Todd taught at Defendant-Appellee Fayette County School District (“Fayette”). In 2009, she began working at Whitewater Middle School as an art teacher. At the time, her father had recently committed suicide and she struggled with her mental health in the years that followed. In 2017, Ms. Todd was speaking with other teachers and threatened to kill herself and her son, who was a student at the school where she taught. Ms. Todd allegedly made threats against Fayette administrators. There were also allegations that Ms. Todd was over medicated with Xanax while at school. Based on the threats and the Xanax concern, Fayette did not renew Ms. Todd’s contract out of concern for student and staff safety.

In a de novo review of the district court’s order, the Eleventh Circuit affirmed the decision of the lower court. First, the Court assessed Ms. Todd’s claims under the ADA and Rehab Act; although Ms. Todd claimed to have direct evidence of discrimination, the Court found that one line from a deposition transcript that was taken out of context did not constitute direct evidence. With regard to circumstantial evidence using the McDonnell Douglas burden-shifting framework, the Court assumed, like the district court, that Ms. Todd could make out her prima facie case of discrimination and instead focused on the legitimate non-discriminatory reason offered by Fayette and any evidence of pretext offered by Ms. Todd.

Fayette proffered its determination that Ms. Todd could no longer be an effective teacher as its legitimate non-discriminatory reason. This conclusion was reached by a Fayette administrator and was based on the fact that Ms. Todd threatened to kill herself and her child; Ms. Todd took an excessive amount of Xanax while on school property; and also threatened school administrators. The Court reasoned that Ms. Todd’s behavior stemmed from her major depressive disorder. However, the Court found that this did not mean that Fayette’s proffered reason for Ms. Todd’s nonrenewal was discriminatory. The distinction is very important- Fayette did not decline to renew Ms. Todd’s contract based on her major depressive disorder. Indeed, school administrators discussed Ms. Todd’s mental health, medication, and treatment over the years. The record was clear that Fayette ended Ms. Todd’s employment because it reasonably believed she made threats against herself, other employees, and her son, who was also a student at the school where she taught. Part of Ms. Todd’s job as an educator was to be responsible for the welfare of her students and in agreeing with other circuits the Eleventh Circuit quoted the Second Circuit, which held that the ADA “does not require that employers countenance dangerous misconduct, even if that misconduct is the result of a disability.” Sista v. CDC Ixis N. Am., Inc., 445 F.3d 161, 172-73 (2d. Cir. 2006). Based on Fayette’s reasonable belief, the Court found that Ms. Todd’s evidence of pretext failed for purposes of her disability discrimination claims under the ADA and Rehab Act.

In addressing Ms. Todd’s retaliation claims under the ADA, Rehab Act, and FMLA, the Court again focused on Fayette’s legitimate non-discriminatory reason and the lack of any evidence to show that a genuine dispute of material fact existed as to Fayette’s reason for her contract nonrenewal. Ms. Todd relied heavily on temporal-proximity for her retaliation claims, which the Court found by itself generally could not prove than an employer’s proffered reasons are pretextual. In fact, the record showed that Fayette had already contemplated Ms. Todd’s termination prior to her assertion of any ADA and FMLA rights. The Court used a similar analysis in disposing of Ms. Todd’s FMLA interference claim.

This ruling is important for employers, and especially schools, because it shows the line that the Eleventh Circuit is willing to draw in limiting the protections of the ADA. Here, that line was drawn at the point where the safety of other employees, and students in this case, was put at risk. Again, the distinction is important. If an employee makes a threat of violence against other employees, an employer is well within its right to investigate and remove that employee from the workplace in order to protect its other employees. Although caution should be used in doing so, along with consulting legal counsel, the employer’s motives remain key. The removal of the employee who made threats was not based on the employee’s disability; it was instead based on the perceived threat to the safety of other employees. The Eleventh Circuit’s holding in Todd is clear- just because the threats/other behavior stem from a disability, an employer is not precluded from taking action necessary to protect other employees based on the reasonable belief that their safety is at risk. 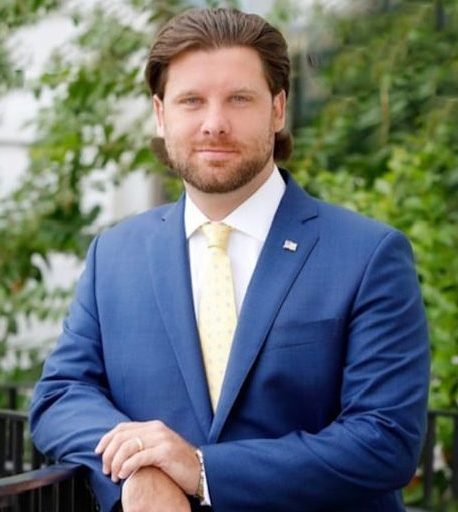